Oh Buzz, he was such a sweet dog. He came to me after having been tried out as a juniors dog on the west coast. Apparently he wasn't quite what they were looking for, but he found his permanent home with me. Buzz also had several seasons of grouse hunting with Noah, although he really preferred to relax in the house rather than trudge through Wisconsin winters looking for birds!  Buzz was a great companion and very much loved.

I first saw Seamus when he was about 4 months old at a dog show in Ballston Spa, NY. He was a beautiful, sweet puppy and I feel in love with him immediately. It took quite a bit of convincing, but my parents finally agreed to go from one dog to two. With Seamus, everything was easy. He won his first points at his first show, from the 9-12 month class, and went on to finish his show title by the age of 16 months. I specialed Seamus occasionally and he won an Award of Merit at the Nationals in 1997. He was a true gentleman and I think he could have been a great bird dog if I'd given him a chance. Every win with him was special because he was my best buddy.

After a few false starts, we got Meg just before Thanksgiving in 1990. She had some nice things about her conformation, but she took WORK to get her looking her best and I credit the fact that I had to really learn how best to present her and hide her flaws for making me a better handler. She was a patient teacher and we eventually got that show championship as well as a title in obedience, handled by my mom. She went to summer camp in the early 1990's and I'll never forget when we went down as a family to visit her. Our whole family drove down to Pennsylvania half way through the summer to see her progress. Ol' Meggie showed us how it was done by biting a hole in her trainer's boot in her lust to catch a pigeon. She was never really "broke", but she was my father's personal gun dog for many grouse seasons and the perpetual "Queen Bee" of our home until she passed away in 2004. 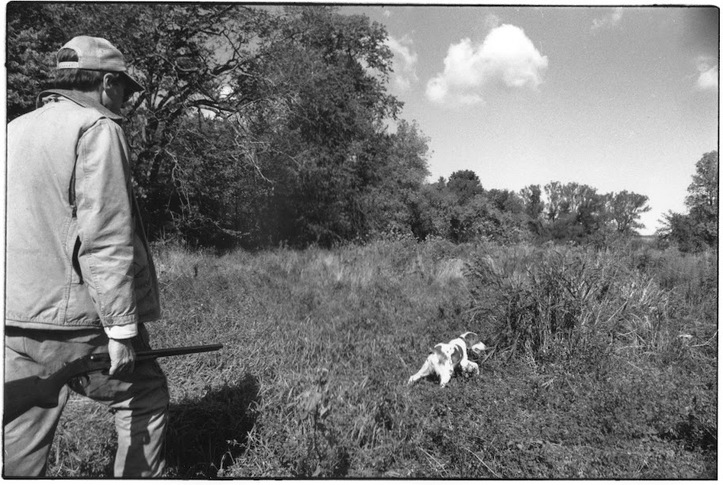